Golden Gates is the sixth PvP map in the Heroes' Ascent ladder, and the first of the Upper Levels. In the distance you can see the Hall of Heroes.

Golden Gates is a Priest Annihilation match, meaning the objective is to wipe out the other team and their priest.

Golden Gates is simply a square walkway with a res shrine on each side, and a bridge in the middle. In front of each base is a door and Gate Lock which closes off a corner of the walkway. 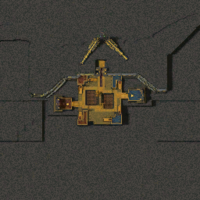 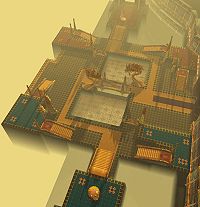