From Guild Wars Wiki
< User:Vanguard
Jump to navigationJump to search

I, as a writer and fictional historian, refuse to use the term "lesbian" when referring to midevial storylines as it was born out of a derogatory nature. It is also too modern of a term to use accurately so my readers will see similar terms such as "woman-lover" or similar phrases with a similar insinuation. That being said, let us get to Shizuma.

Her name throws many for a loop, often confusing her with a possible Canthan. She is however, Elonian at birth. Vabbian, to be exact. Born into privelaged and rich family, one could say Shizuma led a wonderful first few years of life.
This was all warped in a course of a week when her mother's frustrations against her father overflowed slightly to what one could describe as an attempted-murder. Shizuma was very young at this time and never quite understood the motives, except for her mother's obvious disdain for men. After the father healed up and left for Istan to get as isolated as he could, their noble home and estate went through some radical changes. Shizuma's mother banned all men from entering the estates and demanded an all-female staff were hired in place of the now "laid-off" men. I do not have a timeline in front of me but let's just say Shizuma was approximately five years old.
Obviously she grew up with some warped ideas that only evolved into an obvious "preference" for women. In a society where this is not a common mindset (or least of all, a very hidden one), her mother was proud of this.


I said above that I refuse to use terms that are too modern for where this all takes place but I'm forced to use one here.

Shizuma "came out" (grumble grumble) to her mother around twelve years old. Even though she grew up in an all-female noble house, she still ventured out and discovered it was generally normal for a man and woman to be together and nothing else. But her fears of this were quickly subsided when her mother offered gentle reassurances and, we can assume some veiled insults to the male gender.

With the first and most obvious personality quirks explained, Shizuma took after her mother and became somewhat of a Diplomat. Not a political one as much, but more of a worthy public speaker. She has a way with words and has a beautiful and seductive aura about her, one that she uses to her full advantage when speaking to others. She suited many different odd jobs that included diplomacy, merchant, messanger, and many other things in a similar field.

All, however, is not well. Shizuma ventured too close into the realm of madness and spent a couple days in longer than she should have and she came out with her personality slightly amplified from what it was before.
This however worked for the Vanguard's advantage. As explained below, the Vanguard often make their recruiters as eccentric as possible so that recruits know what they're getting into.

And that, as they say, is that.

Shizuma was found and dubbed the current Vanguard Recruiter for the agents in tyria. They felt that her abrasive nature was a good starting point for all recruits to learn how eccentric and off-the-wall people in the Vanguard can be, so the recruits know what they're getting into. They often recruit demons for the same purpose, perhaps "Shock value". Vanguard recruits in Tyria are often referred to either Shizuma or H (and they sometimes refer each other) for enlisting or general work.

Stuff I am collecting on this character alone.

Donations of any kind are welcome but paybacks not guaranteed.

Donations of any kind are welcome but paybacks not guaranteed (I have limited funding so the crappier the mods and higher the requirements, the better (cheaper). I prefer the damage to be at least max'd so I can mod and use later the future as I want. If not, that's fine. I'm in it for the skins.

Less here because most axes look the same, or like shit. 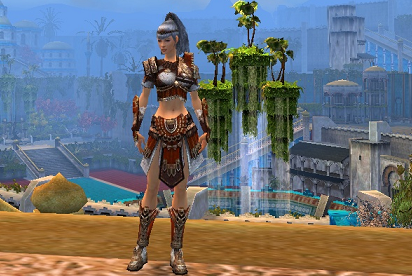 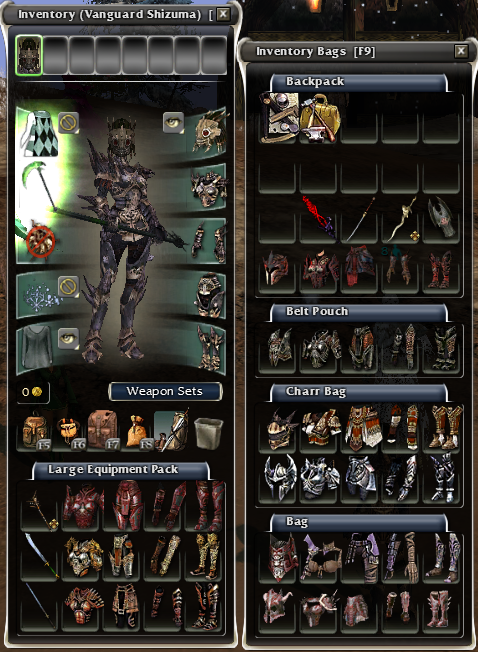