Hello ! Here you will find ideas more or less interesting. Take what you want. You are doing a good job, developers, I hope that you find interesting things here. Bye !

- Add News PNJ of Rare scrolls in Temple of the Ages, Zin Ku Corridor and Chantry of Secrets for more simplicity, when we don't have the God's Favor.

Suggestion of a Title of Summoning Stones[edit]

Suggestion of Price of Summoning Stones[edit]

The prices of this consumables are too high, expensive. Nobody buys it except the richest and yet. Change prices would return this item in the gameplay and economy of the game.

I propose an idea for an arena or players could compete freely in combat areas.

Indeed, to compete today you have to be in the same guild or pay 100po host.

Then the skirmishes on maps are too large and they are in the rules of GvG.

The outpost and the arena

For the arena, I suggest that Training Arena which is perfect for this type of fighting. 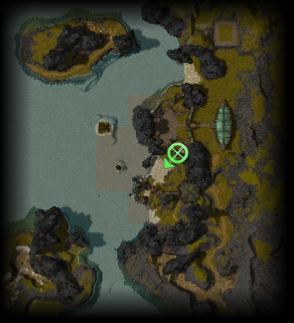 For the outpost, I suggest the fortress just north of the arena.

I suggest operation like the one in the halls of guilds.

Add news weapons to The Monument of Valor[edit]

Tomb of the Primeval Kings[edit]

Hello everyone. The Tomb of the Primeval Kings is considered as an Elite Mission but however this mission is neglected by players and is played only by the Assassins for the farm. And as any elite mission, there should be a trophy at the end for the hall of monuments But there is nothing. You must do something to make this mission popular. I propose to add a trophy in the hall of monuments and enhance the rewards even enhance the difficulty. Thanks in advance for your reply. PS : Despite being labelled as a Priest of Balthazar, Rocius has no dialogue and does not allow you to spend Balthazar faction in this outpost. Sorry if my English is bad. --Anvar Le Barbare 15:25, 19 May 2009 (UTC)

I see it more like Glint's challenge. There are just tons of monsters to kill. No quest. No special drops. No unique stuff in chests. Just monsters to kill, and then more monsters to kill, and the only unique thing may be at the very end, when killing the last bosses. Just like Glint's challenge. But Glin't challege has a [Records] NPC and an end-chest. Whatever it is what it needs, and whetever it ends being, what it's true is that it needs a look at it. And I don't just mean to have a Bounty Zaishen mission assigned. At least not untill they fix it to be either a real elite mission or a real challenge mission, but not the 'nothing just to farm' that is now. Mith

This issue has been brought up and discussed, here and here. Personally, I am hoping it will be included in the next content update, later this summer. (Satanael 17:38, 19 May 2009 (UTC))