Miku's Tale is a story written by John Stumme.

Let me tell you a little something about adventures: they’re seldom what you think they will be. They all start the same: with a reason. It may be a reason born from choice, or one that is thrust upon you by circumstance. A reason provides a goal, and achieving that goal provides a story. We are all, at heart, the storytellers of our own lives—and we love nothing more than to imagine the paths that we will take. 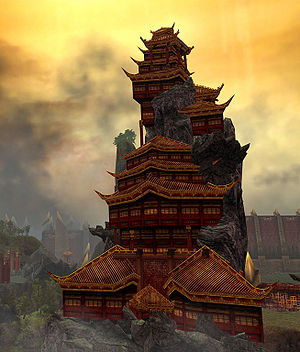 The reason that began my adventure was a simple one: the desire to learn the fate of my younger brother. There’s not much I can remember from the time I last saw him; it comes to me only in flashes— incomplete impressions of moments strung together in time. I can remember the Afflicted surging forth, bearing down upon us. I can remember his hand, slipping from my grasp. I can recall the panic, confusion, and running. I can remember a desperate search, finding nothing, and being forced to flee. And then, my memories of him ended.

When I set out to return to Cantha, my mind was filled with thoughts of the paths that I would take. I mused on the epic search that would bring me to exotic locales, how I would find my brother in a dramatic fashion and how we would share a heartfelt reunion. If only I had known then how things would have played out. As I said, things seldom turn out the way you think they will.

What I found upon returning was a Cantha vastly different from the one in my memories. Where once I remembered walking the streets of Kaineng City as a young girl, seeing the smiling faces of the people that I passed, now I found something else: uncertainty. These people seemed to approach each day with trepidation—what could have shaken their faith so?

In time, I came to understand.

The fear that they held in their hearts was one born of change. People are creatures of habit—even those determined to live a life free of routine, outside the ordinary, are just following patterns and habits of their own. Our patterns are our comfort, and our security. When something threatens to change them, our place in life—perhaps even who we are—feels threatened as well. These people were facing an uncertain future in the wake of the actions of the Ministry of Purity.

The Ministry has been a more recent addition to Cantha, not one that existed when I was last here. They started with noble intentions, empowering the people to fight for themselves. They gave the people strength, and together they all fought back against the Afflicted, and at long last, rid the land of them. Part of me wishes I could have been there myself, although I know that destroying the Afflicted would not bring back the time that I’d lost. It wouldn’t bring back my family. Those things were lost—but it could have ensured a brighter future. 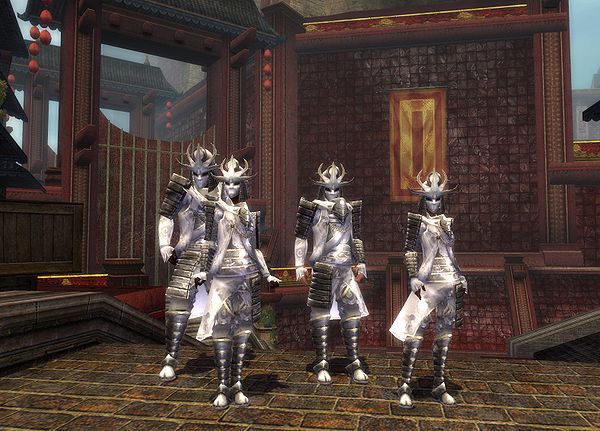 Had things ended there, it might have been fine. The Ministry would have done enough. But, as things go, sometimes enough is never truly enough. The Ministry continued on from the Afflicted to the gangs—still a harmful element to be sure, but it begs the question: what comes next? Sometimes when we banish all of our demons, we create new ones—we’ll never truly know peace.

Peace was not something I was meant to know either, I’m afraid. My search for my brother had turned up only rumors that I found hard to believe—people said that he was with the Ministry of Purity. It had to be some kind of mistake; Ashu had always been such a gentle child. Perhaps our father had sheltered him a little too much, but…I had to see for myself. When I learned that the Ministry of Purity would be speaking to the people at a rally, and that their leadership would be there, I knew I had to attend. This was my chance.

The rally itself had drawn a decent turnout, and I had passed by numerous people on the street filtering in to join it. All of these people were there to listen to the words that the Ministry of Purity had for them, and their faces clearly painted them as eager, hopeful. Even though I had prepared myself for the eventuality, I still found myself overcome by surprise when I saw who stood before me: Ashu. After all these years, it was truly him, alive and well. What I had not expected was that the one who stood beside him—the Ministry of Purity’s leader—was my aunt Reiko. In that moment, I was overcome by emotion. I needed to speak with Ashu, to tell him that I was alright, and to tell him how glad I was that he was alive. In retrospect, I should have thought that through a little better.

Reiko pretended not to know me—of that I am certain—and labeled me a threat to Ashu, before the Ministry of Purity and all of the people gathered there. , you[sic] could argue that she might have had some reason. I am an Assassin after all, and make no mistake—not only am I good at it but I also make it look good. But she knew me. That look of recognition was unmistakable, but it was recognition mixed with something else. Was it fear? Before I knew it, she had turned the guards on me. Thanks to the kind intervention of a bystander—not everyone in Cantha had lost their wits—I had the chance to escape.

When I say “escape,” I’m not talking about the kind of grand escape that you regale enthralled listeners with. I’m talking about the kind of escape that ends with me hiding in a sewer. When I’m writing the memoirs of my amazing life, that’s one chapter that I’m going to conveniently gloss over. Except for the part where I’m writing it now, I suppose. At least in the escape, I had gained a valuable ally, and for that I am thankful. With their aid, I sought to get to the truth of my family’s involvement in the Ministry of Purity.

Together, we planned to rescue Ashu. I was convinced that he was not part of the ministry by choice. He was being used by them; I was sure of it. People heard the story of how he, the “last survivor” of the Yuudachi family, had miraculously escaped unharmed from the Afflicted. “Blessed by the gods themselves,” they said. They wanted to believe that he was a symbol of hope. He was exactly what the ministry needed—and that had to be by design. If I could save Ashu from them, then not only would he be free, but I would have also dealt a crippling blow to the ministry’s dangerously growing ambitions. 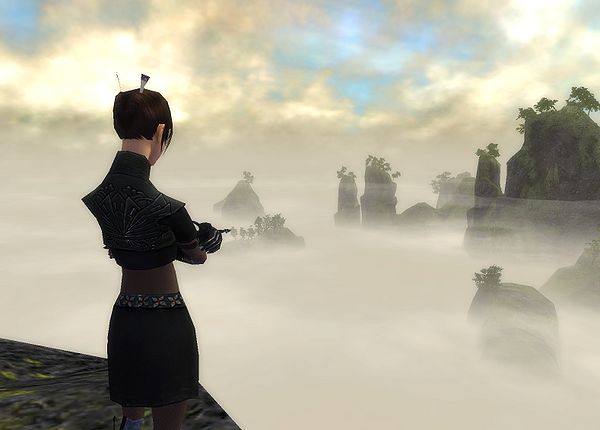 Our plan succeeded brilliantly…in that we were able to make it to Ashu. We were able to quietly catch up with him inside of Tahnnakai Temple, the place that had been our second home so long ago. That’s…where things fell apart. Given the choice to come with us, Ashu rejected me. He was convinced that I had left him for dead, a “truth” that Reiko had instilled in him. He was convinced that the people needed him, that he was serving a greater purpose. He was cold, distant. The boy that stood before me wore the face of my brother, but the person that looked out from behind those eyes was little more than a stranger. Words cannot express the hurt that I felt when he told me I was no better than the Afflicted, trying to take away his life once more. Confused, and with a heavy heart, I had no choice but to leave him there. But I was not defeated. I left with a greater determination to know what had changed Ashu. I would find the truth, and I would right the wrongs.

And so it is that I find myself here, now. Cantha is teetering close to chaos as the Ministry of Purity grows in influence and ambition.The remnants of my family lie at the heart of it. Everything is coming to a head; I can feel the final moments rushing toward me. I am ready to part ways with the past, and forge a new future. My daggers are ready—all that is left is to act.