For the Future of Cantha!

For the Future of Cantha! is part of the Guild Wars Beyond backstory of Winds of Change.

Change is coming to Cantha, land of ancient traditions. The Ministry of Purity seeks to unite the Canthan people in defense of their homeland from the hideous Afflicted and other threats. But change can be difficult. Will this rising power usher in a new era of safety and peace or rip Cantha apart?

After murdering Emperor Angsiyan, Shiro Tagachi is slain in the Harvest Temple. Shiro's death unleashes the Jade Wind, radically altering the landscape of Cantha. Although the effects of the Jade Wind were immediate and far reaching, the true horror of Shiro's evil would not be felt for another 200 years.

Tension rises between the good people of Cantha and the Tengu. While Emperor Hanjai's ambassador is able to avoid open war with the Angchu, the Sensali declare them traitors and foolishly continue their acts of aggression.

The Luxons and Kurzicks cease regular diplomatic contact, communicating with each other only through liaisons of the Celestial Ministry when absolutely necessary. To this day, they remain more focused on their petty squabbles than on the problems that continue to destroy their lands from within.

After 191 years of hostility, the Tengu Wars are finally brought to an end.

Shiro the Betrayer returns to Cantha, bringing with him the plague of the Afflicted. Though the Betrayer is stopped, the plague persists in Cantha. Countless lives are lost, from the families of good people forced to live in the streets to prominent families like the Yuudachi, head of the Sai Ling Order. Ashu Yuudachi survives the slaughter under miraculous conditions, and comes into the care of his aunt, Reiko Murakami.

1583 CC - Fight Against the Afflicted

Reiko, then a member of the Ministry of Flame, makes her first strides toward rallying the people of Cantha to fight back against the Afflicted. With Ashu at her side as a symbol of hope, her message resonates with the people. Little by little, Canthans begin to take their fate into their own hands.

Reiko begins to rise in the ranks of the Ministry of Flame, as she and Ashu become renowned public figures. They speak more often with the people of Cantha, offering the promise of change and the hope for a better future, free of the Affliction.

Reiko becomes increasingly dissatisfied with the restrictions of the Ministry of Flame. Finding flaws in the system—the needless bureaucracy, political maneuverings, and personal agendas—she comes to the realization that something greater needs to happen if Cantha is ever going to be able to move forward.

Reiko officially establishes the Ministry of Purity, with Ashu as a central figure. The Ministry of Purity makes dealing with that which harms Cantha its goal: to take action when all other branches of the government are content to turn a blind eye, pass the issues off as the emperor's problem, or fault the other Ministries.

The Ministry of Purity begins in earnest its campaign to finally rid Cantha of the Afflicted. Brave men and women rally to their cause, eager to make their homes safe once more. The fight continues, and the Ministry of Purity welcomes all those with the heart and the will to join them.

In the months that have followed the Ministry of Purity's campaign against the Afflicted, Cantha has been blessed with renewed vigor and prosperity. The Afflicted have been vanquished, and the Jade Brotherhood and Am Fah are all but a distant memory. The traitorous Tengu have been exposed and routed. With the safety of all Canthans in mind, the Ministry now sets its sights on reforms to ensure a brighter future for all. 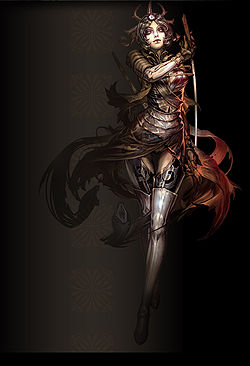 Being able to think in them, being able to speak them—these are the signs that prove strength of conviction. A lesser person doubts the absolute because they doubt themselves. They cannot commit themselves fully for fear that they might be wrong. I have no such fears. I have looked into the heart of this nation, and I have seen the evils that plague it. I have not turned a blind eye. Where others have been cowed, I have stood and faced them. I will not falter, for failing here—now—means that Cantha itself fails.

We as a people have begun to come together. We rid our land of the scourge of the Afflicted, and it was a great work that was done. It was proof that your own hands could reach out and shape the destiny that you sought. Every battle won, every life lost, every accomplishment, every tear shed, every heartfelt cry of joy in victory inched us ever closer to a brighter tomorrow, a life lived free from the shadows of corruption. This nation is becoming yours once more, and it is to you that I look now.

Our greatest battle is yet to come. The gangs yet pose a threat to Cantha, as do the people that would harbor them. What empire allows such filth to prosper? Are these the actions of a government that has the best interests of its people at heart? Or are these the actions of a government too weak and ineffectual to do what it is right? You have toiled on their behalf, and they have benefited from your labor—so now I ask you, what has the empire done for you? Now, stop and ask, what have you done for yourself?

The time is at hand. Change is ours to bring to these lands. Fight at the side of the Ministry of Purity, and fight on the side of justice. Do not be swayed by the words of weaker men. If a good man follows an evil leader, can you truly call him good? I say that he is just as guilty, for lacking the strength to stand up and do what is right. By his weakness, evil persists. This is why the gangs must be removed; this is why those that shelter them must be removed, at any cost. While they remain, Cantha will never be whole. This is an absolute, and there can be only one question: whose side are you on? 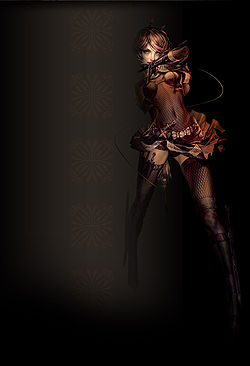 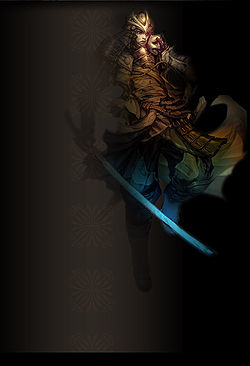 Good people of Cantha, the time has come for you to take up arms. For too long now, our glorious lands have been tarnished, as they wither in the shadows of fear and helplessness. When Shiro the Betrayer returned, he brought with him the Affliction, and the plagued still walk these lands, spreading unabated. Great heroes rose up, and they sent the Betrayer back. But I ask you this: where are those heroes now? Where are they while the innocent seek what little shelter they can find, hoping to survive to see another day? Where is our great Empire, and what has it done to protect the people? When a voice cries out for help, do they even hear it from behind the palace walls?

Allow me to share with you a great truth as it was shared with me. Cantha is a land that does not need heroes. It is not a land that will tremble at looming threats. It is not a land that will stand aside, waiting for a savior. It is not a land where the people are so broken and weak that they cannot stand up for themselves. The strength that Cantha needs is the strength that comes in the moment when ordinary men and women confront that which holds them back. When they stand tall and proud. When their eyes shine with fierce determination. When their spirit burns brighter than even the sun. When a simple truth is known: they will no longer submit. Our strength is a strength that comes from a purity of purpose: good people working together for a common cause.

Ask yourself this: is there any greater future than the one that you shape with your own hands? This is what the Ministry is offering. The chance for a better tomorrow, a better Cantha, and most importantly, a better you. Believe me, friends, when I say that change is upon us. Will you be swept away by it, or will you stand at the forefront, to see with your own eyes where it will lead?

-Xun Rao, Ecclesiate of the Ministry of Purity