It was almost three thousand years ago that a race of serpents stepped out of the Rift onto the soil of Tyria. Unlike ordinary serpents, these moved upright, used language, and adhered to an elaborate culture. They had been summoned by the old gods, brought to this world to be the custodians. Their task: shepherd the other creatures of the land through this time of transition, while the gods continued to create the world around them. 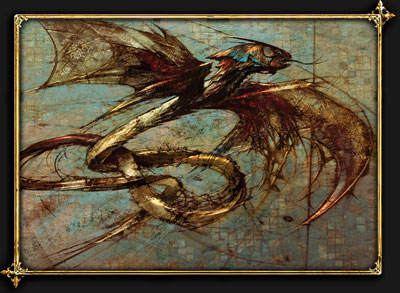 From the Tarnished Coast in the west to the Bay of Sirens (now called the Sea of Sorrows) in the south, from the far eastern reaches of the Crystal Desert to the Giant's Basin on the northern coast of Kryta, Tyria flourished under the protection of these mystical creatures. The serpents were the protectors of the land, the keepers of knowledge, the teachers of all things, and during their time the world was in balance.

But then a new race of creatures was birthed upon the world. They were neither serpent nor beast. They were neither plant nor stone. These creatures had no chitinous hide to protect themselves. They had no claws to tear flesh. They arrived naked and defenseless, except for one thing: their desire for control. 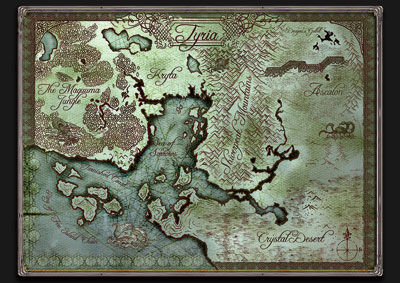 This new race of creatures was none other than us humans, and in no time we began to take over. Cities bloomed across the continent. Walls were erected, and weapons forged. Those things that we humans lacked, we simply built. We didn’t need tough hides nor rending claws when we could make metal armor and sharpened spears. We discovered fire, wrote books of our own, passed knowledge to one another through song and verse. Soon humans had everything we required, and it was then that we began to prey upon the other creatures. We hunted animals for sport, chased the druids from the jungle, and took up residence in lands that did not belong to us. We became the masters of this world. We took all of the privilege and none of the responsibility.

In less than a century, the serpents who had protected and nurtured Tyria were no longer needed. The balance they had achieved had been undone, and there was no way to bring it back. Seeing that the world had changed, and preferring not to fight a war over control of the continent, the serpents retreated from the world of men. They left the coasts and the jungles. They abandoned their settlements in the highlands and in the mountains. Leaving the newcomers be, the serpents went to live in the only place where we humans did not—or could not: the Crystal Desert.

The serpents never returned to the world of men, and slowly, their influence faded. To humans, they were just a part of the past, spoken about only in legends and myths. Eventually their memory all but passed from human consciousness. But they were not gone, only forgotten.

Despite the serpents’ retreat, the gods never halted their work creating the world, and with the benevolence of indulgent parents, they decided to create magic. It was to be a gift to all the intelligent creatures—meant to ease a life of toil and make survival a less arduous task. When they had finished creating their gift, they presented it to the humans and the Charr, the Tengu and the dwarves, the minotaurs and the imps, and all the races of the land.

But the gods had not counted upon one thing—greed.

Wars broke out immediately as the magical races fought for dominance. So much destruction was wrought that humans found themselves at the edge of extinction. When all seemed lost, it was King Doric, the leader of the united human tribes himself, who made the long trek to Arah, the city of the gods, on the Orrian peninsula. He gained an audience with the creators and begged them to help, to stop the wars and bring peace to the land once again.

The gods heard his pleas, and they intervened.

The forging of the world was complete. As their final act, the gods gathered back their gift of magic from all the races and trapped it inside a tall stone. They smashed the stone into five parts—four equal but opposing stones of magic, and one keystone. Without the keystone, the other four couldn’t be reassembled.

Each of the first four stones was the embodiment of a specific school of magic: preservation, destruction, aggression, and denial. Magic would still exist in the world, but the devastating power of all four types together would never again be at the command of one single creature. Those who accepted the gift would have to cooperate if they intended to use it to its fullest. 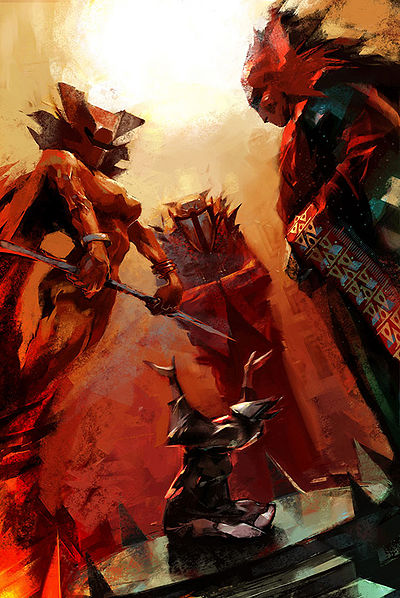 The gods told King Doric that since he had asked for peace, he and his descendants must carry the burden of protecting the stones. As an additional precaution, they used a drop of King Doric’s blood to seal each of the stones.

Then the stones were dropped, one by one, into the volcano off the southern shore of the Kingdom of Kryta, and the gods left this world forever, confident that they had balanced out their gift and circumvented greed.

Things were good for a time. No one race gained dominance over any other, and the world was once again at peace.

Over the next hundred years, the human kingdoms prospered. Powerful groups grew up within each nation. These were known as guilds. It was these groups, these guilds, that held the real power in Tyria. Though there were kings and organizations that made the laws and regulated the land, it was the guilds that enforced these laws—or didn’t—as they saw fit. As these guilds grew, their influence began to overlap.

As is ever the case with peace, it once again came to an end when the volcano erupted, spitting out the five stones and scattering them across Tyria. The magic they embodied seeped out into the lands around them. Though the Bloodstones, as they are called, have never been reunited, the power that they possess was enough to re-ignite the desire for power in the hearts of men.

The struggle for power commenced, and again war broke out. This time, though, the humans were not united. The guilds of the three most-influential kingdoms on the continent battled each other for supremacy. The kings of Ascalon, Kryta, and Orr were not powerful enough to stop the conflict, for the armies of the guilds were even more powerful than those of their own home nations.

The Guild Wars raged for decades, fueled by the desire for power and the influence of the Bloodstones. Never did the peace accords last long. Never did the negotiations take root. The conflict claimed the lives of many hundreds of thousands. It uprooted families, made neighbors into enemies, and soured the relations between the human nations—perhaps irrevocably.

Though the battles continued, each with a winner and loser, no one nation ever gained enough power to fully dominate the other two. Slowly, over the course of years, the wealth of each nation diminished. Their people grew weary, and their armies grew weaker as the constant fighting took its toll.

Eventually, as all things do, the wars did come to an end. But it was not the words of the silver-tongued peace negotiators or even the rough hand of a conquering hero that ended the Guild Wars. The resolution was instead brought about by an even greater war—a war brought by the Charr. In unprecedented numbers, the beasts from the north swept down through all three human kingdoms. Ascalon, Orr, and Kryta, embroiled in conflict with one another for more than fifty years, dropped their grudges and turned their attentions to defending their borders against the new threat.

Each kingdom dealt with the invasion in a different way. Ascalon stood their ground, having no place else to turn. Though their forces were depleted, they managed to rally behind the Great Northern Wall. But their defense was short lived. In a magical battle that would eventually be looked upon as the turning point for Ascalon (now referred to as the Searing), the Charr brought down fire and brimstone, destroying everything on the open plain for hundreds of miles. Their magic scorched the ground and the human cities as they swept through the Wall and moved on to Orr. The surviving humans of Ascalon have since retaken the wall and have held it against periodic attacks, but there is little left of this once-prosperous empire.

Orr was another story. To stop the invading army, the King of Orr’s personal advisor and sage turned to the powers of dark magic. Venturing into the vaults far below the marble streets of Arah, he unrolled a forbidden scroll and read the words he found printed there. The resulting explosion sank the entire peninsula and sent enough dirt into the air to blot out the sun for a hundred days. Though the Charr never reached the hallowed streets of Arah, nearly every citizen of Orr was killed that day.

Unable to keep the Charr out, and lacking magic powerful enough to push them back, Kryta turned to a man named Saul D'Alessio and his promises of unseen gods coming to aid in the war. Whether it was luck or truly the invisible hands of some new gods, Kryta managed to push back the Charr invasion, banishing the northern beasts back from whence they came. 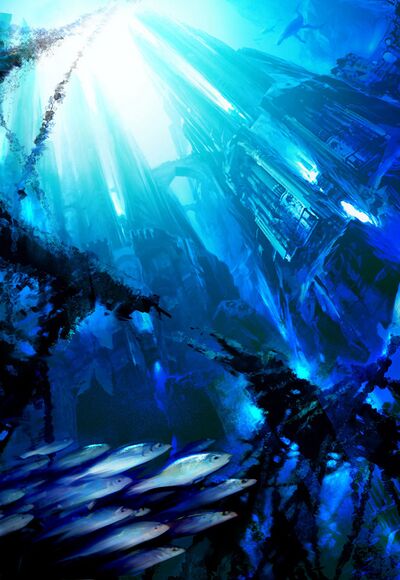 The dust from this conflict is beginning to settle. Perhaps in this next age we will glean knowledge from our past mistakes. Perhaps we have learned when it is time to put away our hatred and simply work together. Or perhaps we will do what all nations in the history of the world have done—look blindly away from our past, and proceed to unleash a new and more terrible plague upon our land.

Excerpt from The History of Tyria, Volume 1
— Thadeus Lamount, Historian