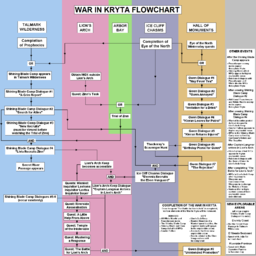 The flow chart provides an overview of the various tasks, quests, and dialogues that make up the War in Kryta and the dialogues between Gwen and Thackeray.