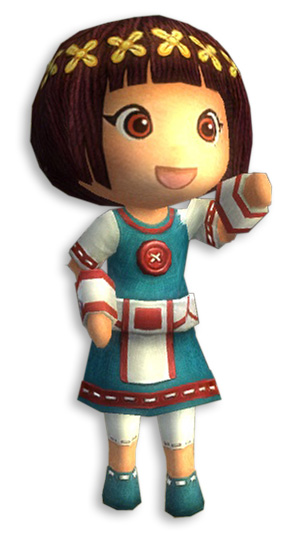 The 1st day of April, known as April Fools' Day, was celebrated in all cities, mission outposts, outposts, and guild halls. During the day, all player characters above level 1 in these locations look like Gwen-chan.

In addition, fake update notes were made. All developer note updates on April 1st 2009 were fake, and as such, should not be taken seriously.