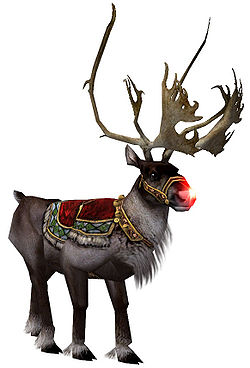 Wintersday approaches, can you all see the signs?
The grentches and snowmen will all soon align.
For a battle in the end is what we all face;
To decide the wintry fate of the whole human race.

Dwayna and Grenth will vie for our favor;
Through threats and presents of a wintergreen flavor.
In the end one shall win, one shall surely prevail;
And the length of the winter is the final detail.

So stock up on snowballs and clear all your packs;
For gifts of all sorts will rain down on your backs.
And if you should see a small urchin or three;
Remember the spirit of the season—'Tis better to give than receive.

Wintersday is almost upon us. That time of year when the gods Dwayna and Grenth fight over who will control the weather during the coming months. Will Grenth have his way and plunge the world into eternal winter or will Dwayna be able to melt enough hearts to bring about an early thaw? You will have the final say as the gods vie for your vote during the grand finale.

The Wintersday event begins at Noon Pacific time (-8 GMT) on Friday, December 21, 2007 and runs for 12 days. During the event, the cities of Kamadan, Lion's Arch, Droknar's Forge, and Ascalon City will shine like beacons in the winter night sky with festive Wintersday decorations, while holiday NPCs walk the streets lending their holiday spirit to this jolly season. Visitors to these four cities will be invited to participate in special holiday quests, missions, and games, all with their own rewards. And don't be surprised if a snowball fight breaks out before the end of the festival.

So, mark your calendars and be sure to show up for another special Wintersday event in the world of Guild Wars. It promises to be the event of the season!

A lot of unclaimed gifts.

The Wintersday Finale was similar to Nine Rings at the Shing Jea Boardwalk but with Candy Cane Shards instead of Festival Tickets. Playing this game counted towards your Lucky and Unlucky title tracks.

TIP: After a God wins the Finale and presents begin to spawn, it was advisable to move away from the central area where the Finale game took place (aka the area with the rings) if one is keen on picking up as many gifts as possible. Presents will always spawn near the character they are reserved for, so standing away from other players will make it easier to locate yours.

Even before the grand finale, wherein Dwayna and Grenth promise the crowds gifts to gain their favor, Wintersday provided many opportunities for wintry fun and presents.

In addition to the seasonally appropriate headwear you could receive from Dwayna or Grenth at the end of the grand finale, here are some other gifts and items that were available during the Wintersday festival: