Example of a minion trick in Pogahn Passage.

A gate glitch is an exploit in collision detection allowing a player hit by a foe in melee range to go through certain closed gates (or similar thin boundaries like fences and barricades), resulting in access to areas otherwise inaccessible through normal gameplay or until later parts of the game.

This mechanism occurs because of the collision box between player and foe (responsible for bodyblocking), resulting in the game trying to move the player away from the foe.

It is also referred to as "minion trick" or "masterless minion trick" as it is possible to create a foe anywhere in an explorable area by animating a minion (with Aura of the Lich for instance) and then making the summoned minion masterless (by having the minion summoner suicide with health sacrifice skills or simply using Verata's Aura followed by Release Enchantments).

The primary application of the glitch is for running, most notably through the Factions campaign. Indeed, the first three missions in Kaineng City, the quests until Boreas Seabed, as well as the 10000 luxon points and 10000 kurzick points quests allowing access to each faction's main town can be skipped this way. See Outpost runs (Factions) for more information.

The second main application of the glitch is in cartography. In Nightfall it can notably be used to get access to the Elonian character starting area (the Island of Shehkah) and a good chunk in Gandara The Moon Fortress. In Prophecies, it can allow to explore a significant area inside the Yak's Bend outpost, and the western side of the Great Northern Wall without the mission's time limit.

The player's build doesn't really matter, but a hard resurrection can be useful for the minion master if the glitch fails. Self-protection skills such as Shroud of Distress or Shadow Sanctuary can be used but are usually not necessary. Heal Area is worth mentioning as a way to heal both the player and the minions.

For the minion master, Aura of the Lich is the preferred skill. Without access to the skill it is still possible to use a saccer and raise minions from its corpse with any "Animate" skills. 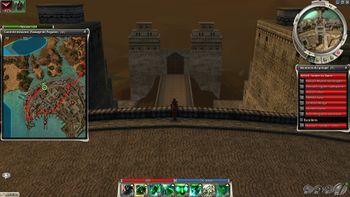 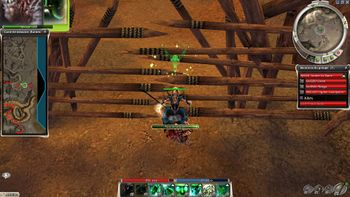 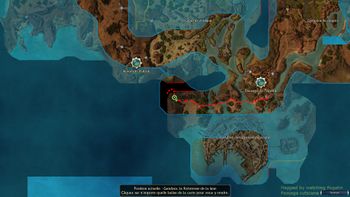