Guide to playing as a necromancer

"Why do people view Necromancers as unclean? I mean, really, do you want dead bodies lying around all the time? We provide a valuable community service. Undead that hunger for mortal flesh, clawing their way out of the grave with the fanatic, blind will to serve... Withered husks of desiccated zombies, shredding flesh with unrelenting, claw-like fingers... The beauty of a stilled, yet ever-screaming heart... Such things frighten you? How sad. You really need to get out more."

The Necromancer is an extremely flexible profession that can fulfill a variety of roles. Necromancer favors pragmatism where morality gets thrown out for efficiency: only results matter. While many view necromancers as selfishly evil, some of the greatest good has been done in service of Grenth, when their patron god's good works aligned with a necromancer's self-interests. If you like bringing your enemies back from the dead to serve you as their master, sucking the life-force out of an enemy with a single spell, or are willing to sacrifice your underlings for even greater power, then the necromancer might just be for you!

Commanding the dizzying array of curses and blood spells at their disposal, and piles of the dead in their wake, necromancers excel at area clearing and quickly defeating large groups of enemies. Necromancers are the only profession that willfully inflicts itself with severe negative effects—using their own life force to fuel powerful abilities—in order to defeat the opponent and gain the upper hand in combat; being at death’s door does not concern them if no adversaries remain to deal the killing blow. Once the first enemy falls, a barrage of exploding corpses, condition-spreads and blood spikes follow suit, until the battlefield is littered with the bloody remains of their foes: more resources ready for exploition. The minions at the necromancer’s disposal can disrupt enemy lines and scatter their ranks, create diversions, or to simply open a path for their master to escape to safety.

This is the primary ability of a necromancer. Whenever any creature in range dies, the necromancer receives energy equal to their rank in Soul Reaping. This is a powerful method of energy management, but subject to some handicaps: the gains are limited to three times every 15 seconds (after which the cycle resets) and the potential energy is lost if the necromancer is already at maximum energy (although, in this case, these deaths would not count against the three-gains-per-15-seconds limit).

There are only nine Soul Reaping skills, three of which are elite. The Signet of Lost Souls can be used for active energy management; at rank 12, it can generate up to roughly one point of energy every second.

A curse Necromancer uses his abilities to weaken foes so that his allies can easily kill them, or to hinder them in many ways. Shadow of Fear and Enfeebling Blood will render a group of fighters useless. Barbs and Mark of Pain can amplify damage on a foe. Some curses skills also deal direct, armor ignoring damage like Spiteful Spirit, Feast of Corruption and Desecrate Enchantments. Curses Necromancers are primarily used to destroy large mobs of enemies, quickly and efficiently.

Blood magic revolves around manipulating the health of all those involved in a battle, through stealing from foes, transferring to allies, and sacrificing your own. Many skills like Shadow Strike or Vampiric Gaze steal life from foes, ignoring armor and most defensive skills completely. Several blood magic skills require a sacrifice of the necromancer's own health. Caution is advised since health sacrificing skills, combined with damage pressure from foes, can prove a burden for your team's healers if not properly controlled. The Blood Magic line also contains the powerful skills Blood Ritual and Blood is Power, which are used to boost the energy regeneration of other party members.

Death magic revolves around the use of corpses in a variety of ways, but also includes skills that deal cold damage and cause harmful conditions. The most widespread usage of death magic is to create undead minions. For a detailed description see Minion Master. Another effective component of Death magic lies in the skill called Discord in which a player, or hero, can deal massive amounts of damage quickly and repeatedly; this skill is most frequently coupled with minion spawning skills, conditions, hexes, and some ritualist skills to destroy many types of foes. Other useful skills makes corpses or dying foes explode for potentially devastating damage across the whole enemy party.

Depending on how you play, your survival strategy will be vastly different. For example while using blood magic and curses, using skills like Enfeeble and Faintheartedness to lower the damage of enemy attackers and then using life stealing skills to regain health is one way. When playing as a Minion Master you can use your minions as a shield, such as physically blocking melee fighters with numerous melee minions and using skills such as Dark Bond to migrate damage to your minions, and skills from your secondary profession to heal yourself. Try to stay out of harm by means of kiting. When using standard armor without increased armor rating, it is advised to avoid getting attacked directly. Proper movement and positioning can reduce the damage taken from melee and ranged attackers.

Party play as a Necromancer will vary with the different builds and dungeons. Generally speaking, there are 2 different party styles that the Necromancer will focus on: Damage dealing to enemies, or partywide support. Damage focused Necromancers tend to be Minion Master, or Spiteful Spirit Curses focused (with general exceptions). These types of Necromancers should stay in the midline of combat see body block page for formation (i.e. warriors in front, casters in middle, monks/BiP in back). Partywide support Necromancers should stay behind Monks and midline casters during play. The builds will typically include Blood is Power, Order of Pain, Ebon Vanguard skills, Wells, and more. The partywide support Necromancer should focus almost exclusively on the party, and not the enemies.

Some skills have rather long casting times. When using these keep an eye on enemy interrupters which usually come in the form of Rangers and Mesmers.

If you are using minions, enemy area of effect damage can quickly decimate your army as your Minions do not avoid AoE damage like Heroes and Henchmen do.

Watch out for large groups of fast attackers, your best bet is to send your party out first so you are not the main target.

As the section "play styles" will elaborate, necromancers have a very big array of play styles which all have their advantages and disadvantages. When optimizing your build, it is hugely important for a necromancer to know what he's facing. This is because most playstyles of the necromancer are very conditional. For example: a minion master can be both a decimating offensive and defensive force, but if there are few or no corpses available in the area, they will quickly find themselves useless and vulnerable. Knowing your playstyle's strengths, weaknesses and what you're up against is the key part of being a necromancer.

The 2 best known playstyles are minion master (MM) and Spiteful Spirit (SS). These will also be the ones you will be asked to play most frequently by other party members. In high end PvE, Blood Is Power (BiP) necromancers are very often requested too.

A minion master is comprised of a few Animate skills under Death Magic and uses other spells to keep their minions alive or to deal more damage. See minion master for more specific details.

A Blood Is Power Necromancer (BiP) is commonly used in high end PvE missions such as: Urgoz's Warren or Justiciar Thommis' level of Slavers' Exile. The builds used by teammates (most notably monks and elementalists) tend to be very energy intensive. Using the skill Blood is Power, a BiP can keep up the energy of an entire team indefinitely. The downside of the skill (being the health sacrifice) is commonly countered by lowering the maximum Hp to 55 or even 1 (in which case no health will be sacrificed at all). Obviously, a BiP necromancer will stay far behind his team.

It is important to note that in a team formation, the necromancer should be either in the middle line (with casters, paragons, etc); or in the very back line behind monks (in the case of a BiP Necromancer). Necromancers should never lead the frontline of teams by pulling aggro or by being a tank. Solo necromancer play will vary with secondary professions.

Lingering Curse (and Other Curses)

In PvP, necromancers are commonly used to spread massive health degeneration to the other team using such skills as Lingering Curse and Suffering. Necromancers are commonly used as a form of defense by causing massive pressure through degeneration, moderate damage or adding to the pressure of the enemy monks. They can also be used in offensive builds such as blood spike. Blood spike builds usually consist of many necromancers with a monk backline to heal, and sometimes a flag runner. They are commonly used in GvG due to the mechanic of Life Stealing and nullifying the opposing teams Protection Prayers monk. With the enemy team only having one healer, they usually collapse to the pressure of the many self-sufficient necromancers.

Necromancers have several strong PvP skills. Pain of Disenchantment can remove up to 3 enchantments and deal 100+ damage. Wail of Doom can hinder powerful spells to deal very little damage, and high healing spells to heal for almost nothing.

The maximum armor rating of the necromancer armor is 60 and has the inherent effects of a maximum energy increase of +10 and an energy regeneration increase of +2. Like any armor set a player can equip it can be upgraded with insignias (prefix) and runes (suffix). The armor is composed out of a Scar pattern (head), Tunic (chest), Gloves (arms), Leggings (legs) and Boots (feet).

These are the ideal armor upgrades for a necromancer: 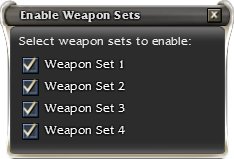 Summing up the 4 weapons you are best to have for your 4 weapon slots.

Each build has an optimal equipment combination or require specific type of upgrades. Like your builds, you can experiment with your equipment to see what combination of equipment works best for you. While experienced dervish players commonly use and recommend the following equipment loadouts, new players are encouraged to learn by experimenting with their own builds, loadouts and play styles.