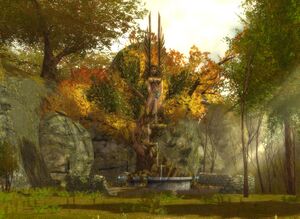 Statue at the King's Watch monument in Regent Valley.

Melandru is the goddess of earth and nature. She is the matron goddess of Rangers, Earth Elementalists and Dervishes that specialize in Earth Prayers. 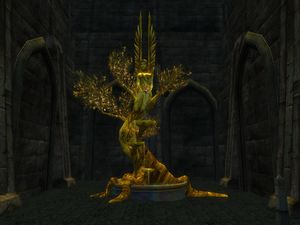