Greetings. My name is Hyper and I've been playing Guild Wars for more than two years now. I'm originally a long-time FPS/coop player and I'm still an active member of the Unreal community. While I've always been interested in the concept of MMO's the pay-for-time system of many MMO's always restrained me from playing. So the pay-once-play-many system of Guild Wars quickly seduced me to try it. I'm currently in Ethereal Light Of Dwayna which is the fourth guild I'm in. My focus goes to the development of my main character Hyper Nl on which I like to get many titles, achievements and a maxed Hall of Monuments. Most of the time I play alone with Heroes/Henchmen or in random Aspenwood / AB teams. Missions however I prefer to play with PuG's or guildies. Even when playing alone I greatly appreciate the dimensions that a MMO game gives me, like having an in-game economy and the possibility to meet other players.

After playing most of Prophecies alone I shortly joined a Dutch guild which I quickly left because of it's bad chat practices. My first serious guild was The Architects which I left when they went from PvE/Kurzick to PvP/HA. After that I stayed more than a year with Fire Phoenix Of Great Azeroth [PHO]. This guild then was part of an alliance which held one of the Kurzick towns and I frequently donated the faction points I gathered with Fort Aspenwood and Alliance Battles. At a certain point in time we were unable to stay in this alliance and eventually lost the town ownership. [PHO] transformed into a general PvE guild and we did quite some GW:EN dungeons together. When [PHO] split up I followed a large stream of players to Selena's new guild Ethereal Light Of Dwayna. In 2016 I switched to my current guild, Help And Aid Is Here For All. Mostly to play Fort Aspenwood which is active again in the weekends! 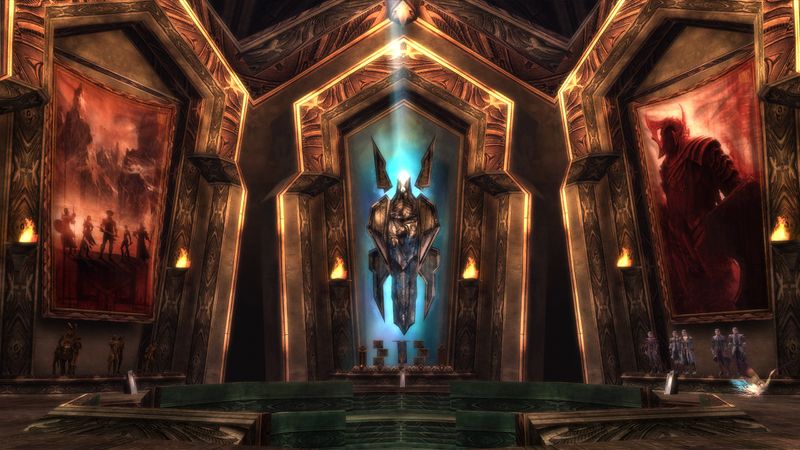 My suggestions for Guild Wars[edit]

I'm active in the Unreal (The original Unreal most people refer to as Unreal 1 nowadays) community since 1999. For many years I was just another Deathmatch player but in 2003 I 'discovered' cooperative play and decided to make my own Unreal coop server. This was where I learned to know the small but driven community behind the aging game. I received a never imagined amount of support which allowed me to create a great gaming experience for anyone who joined my server. Over the years I worked together with many developers and scripters, allowing me to have the latest add-ons and game types and allowing them to have a valuable real-life testing field for their projects. Nowadays I run 4 Unreal servers with different game types. Coop is still my main focus with my 'HyperCoop' servers. I also run a website with much background information and resources for dedicated Unreal players. My interest in cooperative play eventually brought me into buying my first MMORPG game: Guild Wars. :-)

For more info on my Unreal activities and servers, see my Unreal website.