Lion's Arch, as it appears when it celebrates Halloween.

The seat of power in Kryta, Lion's Arch housed the royal palace of King Doric and his line until after the last Guild War. Now, the White Mantle run the city. The old buildings have all been razed, making space for barracks and more practical structures.

The appearance of the armorer, merchant, and weaponsmith.

The appearance of Firstwatch Sergio's, Magi Malaquire, and the guild registrar. 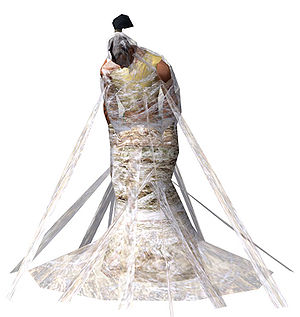 Armen the Guide: "I've been craving brains all day! Mmm...brains..."
Canthan Ferry Captain: "I have killed more mergoyles than I can number, and today I wake as one of them! How have I angered the gods?"
Dye, material, rare material, rare scroll, and rune traders: "Mmmph...mm! mmphMM"[sic]
Lionguard : "Look, I'm floating!"
Liran: "I am so hungry I could eat...brains!"
Grahame, Samuka

"Keep that hellhound away from me. He's been sniffing my femur all day."
"How strange! I can feel the wind rattling my bones...."
"I feel so naked! Does anyone have a blanket, or something?"

"Don't stand too close...my breath is truly foul."
"I hope my mother doesn't see me like this..."

Anomaly.Canthan Ferry Captain appears in place of Canthan Ambassador with the same dialogue as the Canthan Ambassador.
Retrieved from "https://wiki.guildwars.com/index.php?title=Lion%27s_Arch_(Halloween)&oldid=2556725"
Categories:
Hidden category: