Born in: Surmia
Nation: Ascalon
Profession: Elementalist
Age: 20
A former child prodigy, Cynn always had people catering to her every whim. Her family was among the nobility in the city of Surmia—until the Charr invasion and the Searing. When Ascalon was destroyed, Cynn got caught outside the Wall (Surmia was one of the first places to fall during the initial assault). A magical projectile fell directly upon her palatial home, killing her parents and trapping her under a broken table for several days. A Charr warband discovered her while looting the city. They dug her out, thinking to make a meal of her, but Cynn had other ideas. She single-handedly wiped out the entire warband, turning them and the remains of her home into little more than a smoldering pile of ash.

Cynn is a bit of a princess but with a decidedly dark streak. She's often cynical and flippant when dealing with authorities or situations that seem hopeless. She's highly intelligent, and magic comes easy to her. Because of her experiences during the Searing, Cynn has developed a rather cavalier attitude toward her own death. Consequently, she tends to bite off more than she can chew, and often gets herself and her friends into trouble.

Cynn is a bit of a princess but with a decidedly dark streak. She’s often cynical and flippant when dealing with authorities or situations that seem hopeless. She’s highly intelligent, and magic comes easily to her. Because of her experiences during the Searing, Cynn has developed a rather cavalier attitude toward her own death. Consequently, she tends to bite off more than she can chew, and often gets herself and her friends into trouble. She has joined Mhenlo’s expedition to Cantha to satisfy her own curiosity, to learn new ways to make things explode, and out of an honest (though well-hidden) desire to stop the mysterious threat in Cantha before the southern continent sees the same kind of devastation that has wracked the northern realms of Tyria.

Cynn (born either 1051 or 1052 AE) is a former noble of Ascalon. After the Searing destroyed her hometown, she joined up with Mhenlo, Devona, Aidan, and later Eve. She and Mhenlo have been in a relationship since their time in Ascalon. Along with the others, she joined Prince Rurik in an assault against the Charr and eventually joined the Ascalonian migration to Kryta. Afterward, the group traveled across Tyria, participating in the fulfillment of the Flameseeker Prophecies.

Afterward, she joined Mhenlo's expedition to Cantha in aiding with the Afflicted in order to satisfy her own curiosity and to learn new ways to explode things. Though she kept it well hidden, she had an honest desire to stop the threat in Cantha before it saw a similar kind of devastation that occurred to Tyria. During the group's time in Cantha, she was often infuriated over Mhenlo's old friends from when he was a student at Shing Jea Monastery.

In 1075 AE, she and the others were recruited by Kormir to join the Order of the Sunspears against Varesh Ossa, Abaddon, and their demonic Margonites during Nightfall. During 1078 AE, the group aided in the fight against the Destroyers and their master. When she met the Asuran people, she showed an uncharacteristic kindness to them. What she and the group did after is unknown, but the group appears a year later for Gwen and Keiran Thackeray's wedding, during which Cynn is upset at Mhenlo since she is still unmarried. At the end of Winds of Change Mhenlo finally proposes to her and she accepts. 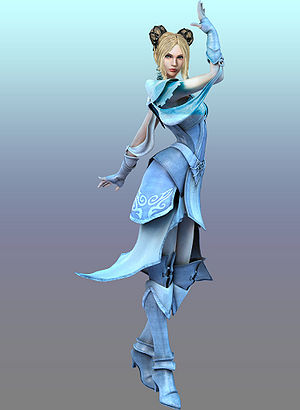 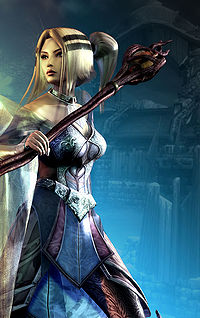